In late 2008 the author Paul Richardson read extracts from his book A Late Dinner, on BBC UK radio. Richardson lives in Spain and in his book, which was described as exploring the Iberian culture and way of life through its food, he lovingly described the sense of revelation he felt when, as a young man in Santander, he was invited for the first time to join one of those long, tumbling, family meals in a seaside restaurant where time seemed to stand still and which, for him, conjured up a feeling for life and its joys which he had somehow never experienced in Britain.

Richardson was writing primarily about Spain but such ritualised gatherings are a regular feature throughout the southern European littoral, stretching in a huge arc from the Bay of Biscay to Naples and Calabria. As well as being the source of sheer enjoyment they affirm the centrality of a certain vision of family life to Latin Catholic culture, buffeted at is it by so-called globalization and the atomizing tendencies of modern life. What strikes interested northerners at once is the way all generations are accommodated into these unhurried three hour feasts, whatever time of day or night, and the way the prolonged consumption of wine almost never explodes into argumentative drunkenness on the British model. It is an event which, like the seafood itself, is strongly bound to its locality: to have the children present in numbers without wrecking things – to have them greatly adding, in fact, the to the pleasure of the occasion – means having grandparents, the avos, nonnas and abuellas, at the table to control and indulge them while others talk. The acute fragmentation of family life in post-modern Britain, where the grandparents end up living in their own reservations hundreds of miles from their children, has not – yet — destroyed the traditions of the Catholic south. 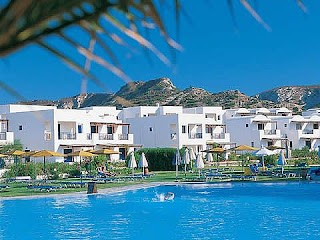 An interest in local culture, including its cuisine, is not exactly a Unique Selling Point in the Mark Warner experience. Its gated compounds, in fact, announce the reality – that an MW holiday should have nothing to do with its host location but be nicely and predictably the same whether it takes place in Lemnos or Ulan Bator: the same sports and sportiness, as many English staff as possible, the same execrable food and – a reflection of the fragmented society from which it originates - the same generational apartheid. “Suitable for”, conclude typical holiday puffs - or “reviews” as they are known - “suitable for: couples, young families with children etc. Unsuitable for: families with teenagers, the elderly, the disabled.”


The firewall against the local community which protected those who signed up for the Mark Warner Experience, however, was breached radically in the charmless Ocean Club development in Praia de Luz, a once remote fishing village, initially by the nature of the MW facility itself and, ultimately, by the disappearance of Madeleine McCann. In their UK police interviews the seven talked repeatedly of “knowing what Mark Warner offered” and signing up for PDL on the basis of successful past trips, but when the cumbersome, seventeen strong party and its paraphernalia was eventually discharged from the people movers and mini-buses, they might have wondered if they were the victims of a practical joke.
Instead of the welcoming – if grotesque - embrace of an MW hotel building, some examples of which can be seen here, they found themselves staring at a chilly and semi-deserted mish-mash of facilities rented from the Ocean Club and dispersed over a hillside area about as big, and nearly as cold, as a Premier League football field, an area so large, indeed, that the group had been unable to find each other on arrival and had resorted to making contact via text messages. True there were the famous cordon sanitaire MW gates but their accommodation, and thus their supervision and security, was beyond the walls, in apartment blocks further up the hill. This was not exactly the realization of past dreams – the early morning gleeful dash in the sunlight from the door of your thatched chalet, past the palms and into the communal pool: on the contrary the doors of the ground floor apartments faced onto nothing more romantic than an excessively gloomy five-foot concrete wall and, while the rear balcony doors did indeed overlook a pool, they were separated from it by a wall, an embankment and, well below them, an alley. 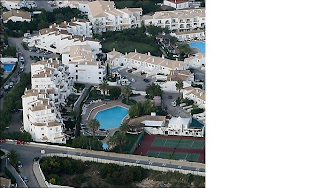 
David Payne, ever willing to put a favourable gloss on the consequences of his own decisions, claimed, rather optimistically, that it was possible to have a conversation with people in the pool while enjoying a drink on the balcony. Leaving aside the fact that it would probably have required a megaphone, or perhaps a baby monitor, to do so, the rest of the party might have been forgiven for not having this vision in mind as they waited for buses to take them from reception to their apartments. In any case on April 28th the pool itself was about as warm and welcoming as an Arctic seal hole.

“Basically,” said Rachael Oldfield, “Dave had chosen the resort and hadn’t really read the small print.” A remarkably generous assessment, but by the time she told the UK police this they had all been through experiences that put such relatively minor annoyances in the shade. This, and perhaps an awareness that they need their friendships intact, mean that their states of mind regarding those and other irritations are hard to gauge from their statements. Still, there is no escape from it: Dr Payne had comprehensively dropped them all in the shit.

He had, it is true, made them to a certain extent aware of some of his increasingly complex hassles with Mark Warner before they left, leading at one point to a farcical and embarrassing mix-up in which a copy of his insulting statements about MW, together with added comments of a “Get ‘em, Dave” nature by the recipient, was emailed by one of the seven to Mark Warner themselves. Payne suspected afterwards that Mark Warner had, in revenge, deliberately put the Payne entourage on a different floor from the others. He had also made the group aware, sotto voce, that there might be “some differences” (!) from other MW resorts that his friends were familiar with, but it was clearly not until their arrival that it sunk in just how great their difficulties were, and that it was now too late – because of Payne’s prior formal acceptance of the facilities, including the non-existence of baby listening and the lack of MW security overview of the apartments – to claim that they had been misled.

Still, any thoughts of lynching their Leader must have been dismissed by this extremely tolerant group and, after some hours of settling in, welcome meetings and activity choices, the group assembled to perk themselves up with the first collective meal of their holiday. Due to yet another of the “some differences” described by Doctor Payne, this was not to be in a hotel dining room, since there wasn’t one, so the group, who must by now have been half-dead from tiredness and hunger, found themselves in unknown territory, stepping out for the first time for a Portuguese, multi-generation, friends and family meal at the “Millennium” restaurant.

It was, of course, yet another disaster.

Fiona Payne said, “I think we all went to the Millennium Restaurant, which had a sort of kids supper and that was certainly sort of, sort of early evening, I can’t remember whether it was six or seven, that sort of time, I remember the kids being very tired but we all trooped across and had a massive table, you know, overtook the restaurant, it was a bit of a walk and certainly with the younger kids it, you know, imagine we’re having to pick them up and put them down and they’re wanting to walk, it just took ages and it was quite sort of late for the children, they were sort of not behaving particularly well and just very tired and wanted to go to bed...”

Mathew Oldfield confirmed the details of this trek and added some of his own: “The Millennium was a good ten minute walk along roads with sort of, where you had to actually cross into the road to get round ...obstructions on the pavement and there was quite a lot of traffic that did come occasionally through quite fast, so it was quite a long walk to get there.” And Rachael said that the “dinner at the Millennium, was all,you know, was quite chaotic because there were eight, you know, eight kids and nine adults.” She then added the final detail to this latest scene from Carry On Doctors, “it was like... well Matt, Matt wasn’t well that night, he threw up a few times.” Fiona Payne’s understated verdict on this first encounter with the Algarve? “It was not,” she said, “a success.”

Such were the realities of their long-planned trip, their first battle with real Portuguese streets [“all cobbled!” runs another internet review of Praia de Luz, “disastrous for pushchairs and young families] and the nearest they came to an encounter with the culture of the Algarve before meeting its police officers on May 3. It was, of course, not just a graphic reminder that the holiday they had vaguely envisaged was simply impracticable and not just a collision between two different ways of life - but a harbinger of things to come. The British had been bringing their beefy physiques, their weird emphasis on sports and games - suggestive to southerners of sexual frustration - their curiously unsubtle ways of thinking, their politely hidden but deep-seated feelings of the superiority of their own culture, their virtual, colonially-minded, indifference to that of others and, most of all, their irritating wealth and potential power, to Portugal since the sixteenth century and, despite the old alliance, it could easily trigger some very complex emotions: soon the gap that opened up between England and the UK over the McCann affair was as great as it had been in centuries.
Food as a reflection of culture? Well, perhaps only in England could a senior police officer, Doctor Goncarlo Amaral, within a couple of months be mocked and vilified as a "disgrace" for the crime of taking “two hour lunches,” rather than, presumably, snatching the tea and dogmeat burgers that their English equivalents are apparently happy to manage with. 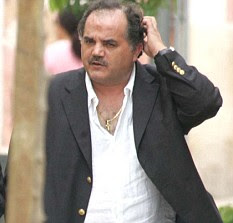